Is there coral in the Mediterranean?

Corals belong to the large family of Cnidaria, which includes marine invertebrates that have stinging cells such as jellyfish, gorgonians and sea anemones.
Corals do not only live in tropical seas. Under the name coral, we find different species, some of which live in the Mediterranean. In particular the famous red coral, the one whose skeleton is used to make magnificent jewellery.

Corals live alone or in colonies. A distinction is made between hard corals (Scleractinians), which include reef-building corals, and soft corals, which do not have a skeleton. Both categories are found in the Mediterranean.

The red coral (Corallium rubrum) is recognizable by the bright red colour of its skeleton contrasting with its small white polyps that tirelessly shake their tentacles.

It is found specifically in the Mediterranean Sea and the western Atlantic (from the south of Portugal to Cape Verde) where it generally lives attached to the ceiling of caves or on drop-offs. It grows very slowly, a few millimetres per year.

It is its vivid colour, which keeps its brilliance even out of water, which made its reputation and earned it its use in the making of jewellery or objects.
Widely fished, with destructive methods it almost disappeared. Its fishing is now regulated and closely monitored, but it is still highly coveted by fishermen. 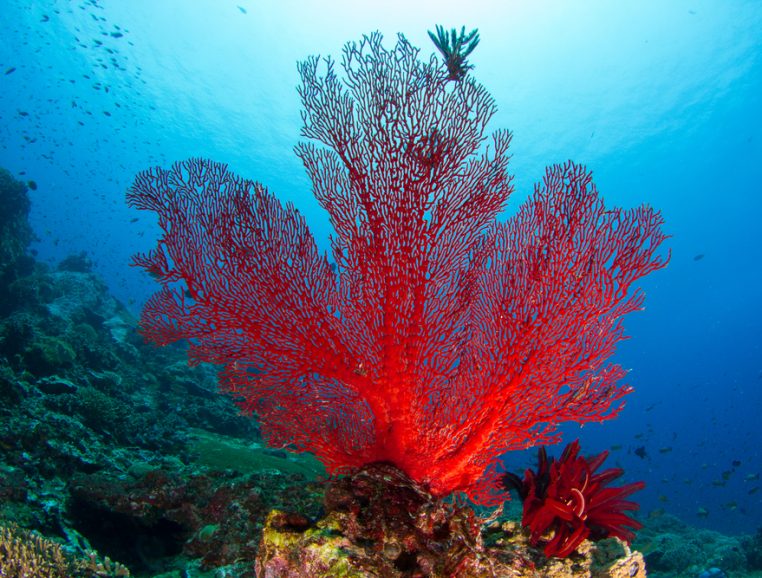 Solitary corals in the Mediterranean

There are several species of solitary corals in the Mediterranean with particularly evocative names such as the yellow coral with the pretty name of buttercup, pigs’ teeth (Balanophyllia species) or dogs’ teeth (Caryophyllia species). They live attached to rocks from the surface to nearly 1000 meters for some species. From a few centimetres in diameter to 2 to 4 centimetres high, some like the Pigtooth have their tentacles rather short, while the Dogtooth corals are recognizable by their long and numerous tentacles ending with a small button that inflates and deflates. 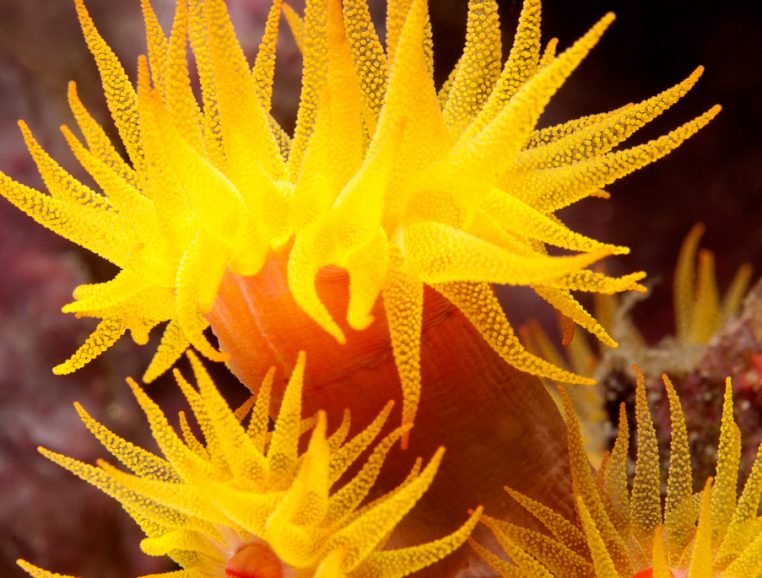 In the Mediterranean, there are hard corals similar to the builders of tropical reefs: the cladocores which can be found in the form of “potatoes” that can reach a diameter of some 50 centimetres. Their shape depends a lot on the depth at which they are found, the light and the currents. 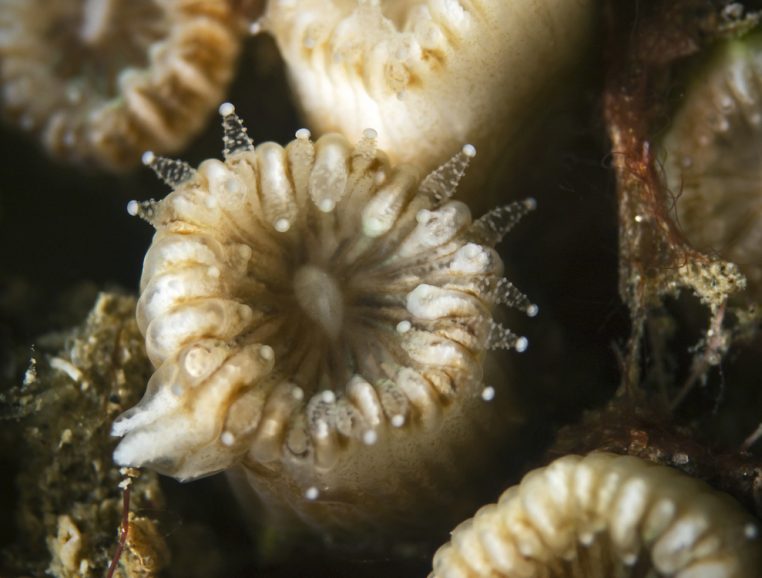 There are also soft corals (without a calcareous skeleton) that can be mistaken for sea animals. Some are colonial and form carpets on the rocks while others are solitary. 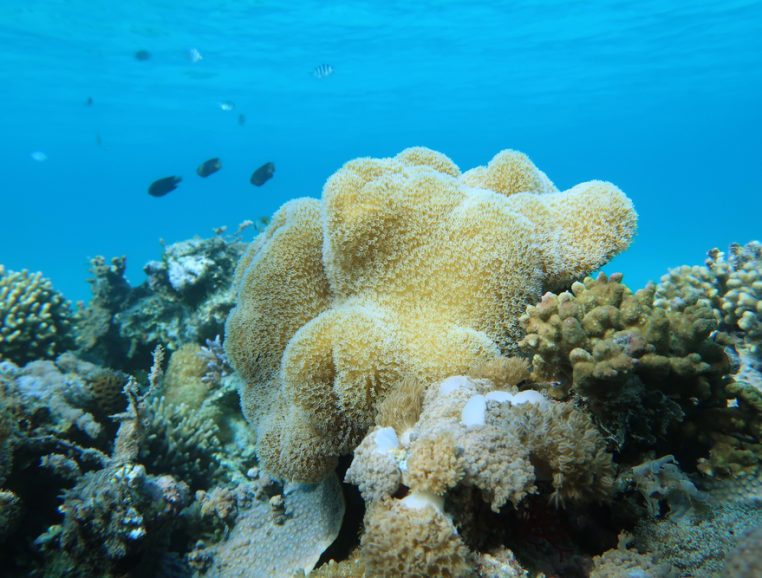