Statutes of the Foundation
ACTIVITY REPORT 2019

The Oceanographic Institute is administered by a Board of Directors whose honorary president by right is the Sovereign Prince of Monaco. 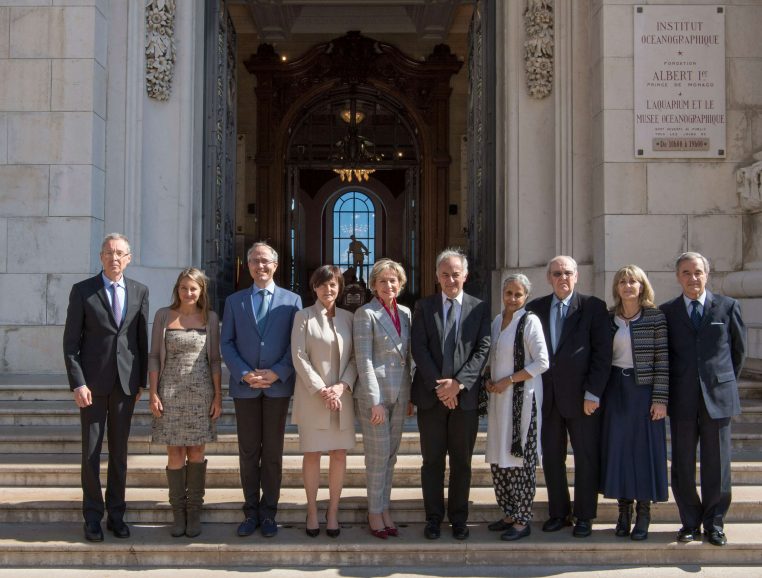 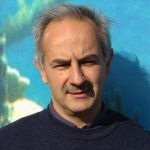 A marine ecologist, P. Cury is Director of Research at the IRD (Institut de Recherche pour le Développement) and IRD’s Representative to the European Institutions in Brussels.
He is Chairman of the Scientific Council of the Oceanographic Institute.
He has published more than 130 articles in major international journals (Science, TREE, Ecology Letters, etc.) and produced 21 books or book chapters.
He has received several awards, including the 1991 Philip Morris National Science Prize (Life Science Prize), the 1995 Société d’océanographie de France Medal, the 2002 Gilchrist Medal (South African Marine Award), the 2012 Trophy for Best Scientific Achievement at Ifremer, the 2013 IRD Scientific Achievement, and the 2014 Tregouboff Prize of the Academy of Sciences, Paris. Knight of the Legion of Honour and Knight of the Order of Saint Charles Monaco.
Author of the book Une mer sans poissons, published by Calmann-Levy and translated into Japanese, Chinese and Catalan in 2008, and of Mange tes méduses, published by Odile Jacob with Daniel Pauly in 2013 and translated into English. In 2017, he co-edited the book L’Océan à découvert, published by CNRS. 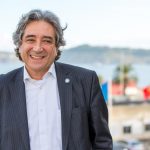 Minister for the Sea of Portugal.
Former Member of the European Parliament (2014-2019).
Vice-Chairman of the Scientific Council of the Oceanographic Institute.
Doctor in biology and animal ecology.
Researcher-professor at the University of the Azores.
Main areas of research: conservation of marine habitats and biodiversity of Atlantic surface and deep-sea ecosystems; implementation of marine protected areas and experimental evaluation of their benefits. He received a “Gift to the Earth” from WWF-International in 2002 and was appointed Maritime Ambassador in 2007 by European Commissioner Joe Borg.
Emeritus member of the Naval Academy (Lisbon) and corresponding member of the Academy of Sciences (Lisbon). 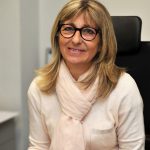 Director of the Environment – Government of Monaco
Valérie Davenet holds a doctorate in cell biology from the University of Aix-Marseille II. She began her career as a scientific manager in industry, before joining the Monegasque administration in 2000 as head of biodiversity management programmes.
Since 2015, as Director of the Environment, Ms. Davenet has been mainly in charge of implementing the Government of Monaco’s environmental policy, the main thrusts of which are climate change mitigation and adaptation policies and the conservation of terrestrial and marine biodiversity.
It also participates, on behalf of the Principality, in the work of international organisations in the environmental field.
Other functions :
Member of the Environment Council, member of the Sea Council, member of the Board of Directors of the “Monegasque National Committee – World Energy Council”, Scientific Authority to the Washington Convention (CITES). 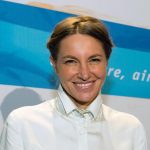 Former Minister-designate of Environment, Biodiversity, Water and Climate Change of Colombia (2010- 2012), which she represented at the Cop21.
Sandra Bessudo is currently the founding director of the Fundación Malpelo y otros Ecosistemas Marinos, whose mission is to promote the protection and conservation of Colombia’s marine and coastal ecosystems, while fostering the sustainable management of natural resources.
A graduate in Life and Earth Sciences from the École Pratique des Hautes Etudes (EPHE) and a professional diver, S. Bessudo is known for her commitment to ocean and shark conservation. She has led numerous scientific expeditions and research projects. Thanks to its determination, Malpelo Island was declared a wildlife sanctuary by the Colombian government in 1995. In January 2012, she was appointed Director General of Colombia’s Presidential Agency for International Cooperation, and in 2013 President of the Colombian Ocean Commission and Colombian government representative to the International Whaling Commission (IWC).
Among many awards, she was awarded the Grand Medal Albert I Prince of Monaco Mediation section 2014. 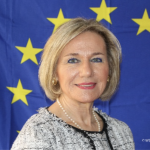 Director of the Joint Research Centre of the European Commission’s Directorate for Nuclear Safety and Security in Karlsruhe (Germany), after having been Director of the Institute for Environment and Sustainability in Ispra (Italy), and of the IAEA Marine Environment Laboratory in Monaco.
She has worked in several laboratories in Europe and the United States.
D. in Chemistry, with a specialization in Environment, Instrumentation and Radiochemistry, at the University of Pisa (Italy).
Over 200 articles on environmental chemistry and protection. Monte-Carlo Woman of the Year Award for the establishment of the International Centre on Ocean Acidification at the IAEA Laboratory in the Principality of Monaco. 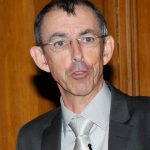 Researcher at Ifremer-Brest and head of the Oceanic Geochemistry and Metallogeny Laboratory. From 2005 to 2010, he directed the Ifremer program for the multidisciplinary study of extreme deep-sea environments. He holds a PhD from the University of Clermont-Ferrand and an HDR in ocean metallogeny from the University of Brest. After working for BRGM in Africa, he joined Ifremer in 1982. He has participated in 35 sea campaigns, including 11 as mission leader, and made some 40 dives in submersibles. Exploration has uncovered numerous hydrothermal systems in the eastern and western Pacific and in the Atlantic. This work is carried out within the framework of numerous national and international cooperations (USA, Canada, Japan, Germany, UK, Portugal, Russia). He has contributed to the writing of about 120 scientific articles and supervised or co-supervised about ten doctoral theses.
He was awarded the Prince Albert I of Monaco Grand Medal for 2010. 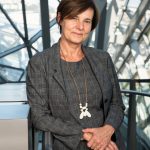 Director of the Musée des Confluences, Lyon
After a first position as curator at the Musée des Beaux-Arts de Bordeaux, she was entrusted by the city of Bordeaux with the creation of the Goupil Museum, preserving the collection of this Parisian art publisher active from 1827 to 1920. In 1996, she was interim director of the Capc museum of contemporary art in Bordeaux, and was then appointed director of the Musée d’Aquitaine. At the same time, from 1998 to 2000, the Louvre Museum entrusted him with a study mission on the Louvre’s Chalcography collection.
In 2005, at the request of Jacques Toubon, she led the project for the National Museum of Immigration Cultures and History in Paris, which opened its doors to the public on 10 October 2007. In January 2010, she became director of the Gallo-Roman museums of the Rhône Department (Lyon Fourvière and Saint-Romain en Gal), before being appointed director of the Musée des Confluences in July 2012. The museum that brings science into dialogue to understand human history opens on December 20, 2014.
She is the author of several articles on the Goupil house and on the question of the diffusion of art in the 19th century, as well as a monograph on the painter Jean-Léon Gérôme published by Herscher in 1998. 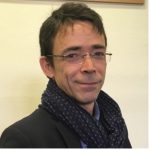 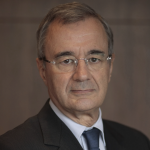 Former Professor of Gastroenterology
Head of Hospital Services and former Dean of the Faculty of Medicine of Nice
President of the Scientific Centre of Monaco, the Principality’s Scientific Research Agency, since 2007. 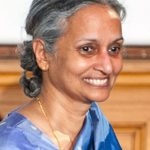 Specialist in spatial remote sensing of ocean colour.
Outstanding Research Fellow at the Plymouth Marine Laboratory, UK, after having been a Research Fellow at the National Institute of Oceanography in Goa, India, and an Assistant Professor at Dalhousie University in Halifax, Canada.
From 2000 to 2008, Executive Director of the international organization POGO (Partnership for Observation of the Global Oceans). Strongly involved in helping young researchers and, more generally, in developing countries.
D. at the Pierre and Marie Curie University in the field of marine optics.
She was awarded the Albert I Great Medal in the Science section for 2013.

From left to right: 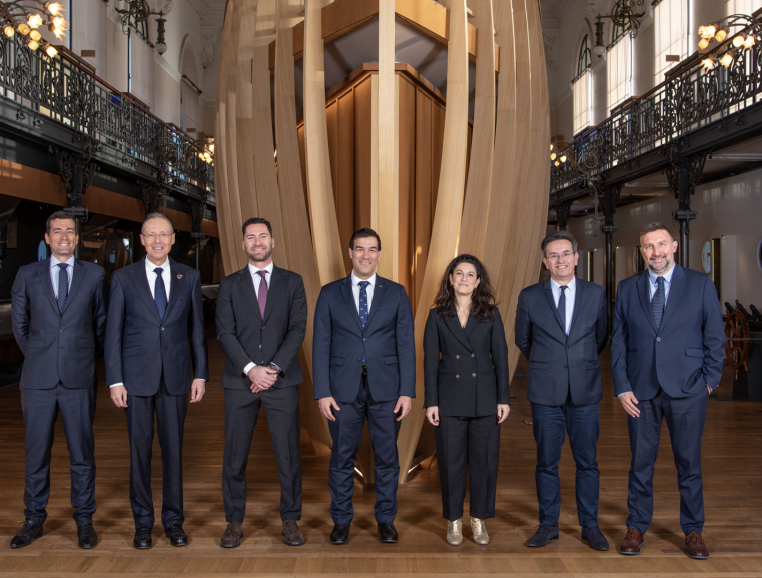 Director General of the Oceanographic Institute, Foundation Albert I, Prince of Monaco since 1 April 2009.

In 2005 Robert Calcagno was called by H.S.H. Prince Albert II, then the Sovereign Prince of Monaco. The Prince wishes to invite a few new collaborators to work alongside him, to help him drive change and mobilization, while ensuring great continuity with the leadership of his father, Prince Rainier III. Robert Calcagno joins his personal practice as an advisor. He was then appointed Government Councillor, Minister of Public Works, Environment and Urban Planning of the Principality until 2009.

Since1 April 2009, he has been Director General of the Oceanographic Institute, Albert I, Prince of Monaco Foundation. It works with Prince Albert II and other actors of the Principality of Monaco involved in the ocean, to advise, assist and support him in his action for a better knowledge and protection of the ocean.

He regularly leads international meetings on this issue and often speaks out in favour of Marine Protected Areas (MPAs), the preservation of the deep seabed or the safeguarding of sharks. He is the author of several popular books, including Méditerranée : splendide, fragile, vivant and Les Grands fonds – Voyage dans un monde inconnu, Requins : au-delà du malentendu and Méduses: A la conquête des océans published by Éditions du Rocher. Tortues marines : La Grande Odyssée, published by Glénat.

Biography on Wikipedia
His speeches