As early as 1885, Prince Albert I of Monaco planned to create a marine biology laboratory in the Principality. At the Universal Exhibition in Paris in 1889, his scientific collections, presented in the Monaco Pavilion, aroused immense interest.

The Prince then developed his final project, that of an oceanographic museum. The foundation stone was laid on 25 April 1899. The inauguration, celebrated with exceptional pomp, took place on March 29, 1910.

Invited to speak at the United States Academy of Sciences in Washington on April 25, 1921, he delivered his speech on the Ocean, which has remained famous for the relevance of its visionary analysis…

At the heart of social networks

In honor of the centennial of Prince Albert I’s passing, the official Albert I of Monaco committee is adding regular updates on their Facebook and Instagram page about the prince’s busy life. Do not hesitate to subscribe. 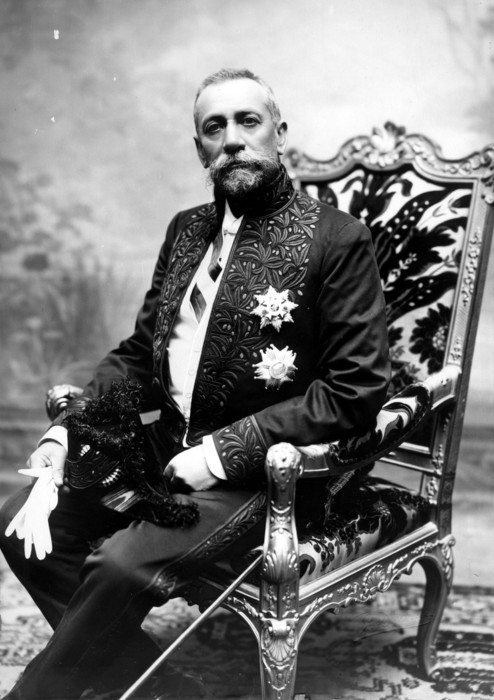 99 years ago, on April 25, 1921, at the Academy of Sciences in Washington, Prince Albert I pronounced the
Speech on the Ocean. A visionary, he predicted some of the ills affecting the ocean today, such as the overexploitation of resources caused by new technologies, represented at the time by steam trawlers.

During his trip to the United States in April and May 1921, Prince Albert I visited the Smithsonian Institution in Washington.

He was officially received at the White House by President Harding and then welcomed in the evening at the National Museum Auditorium by Charles Walcott, president of the National Academy of Sciences. It was during this evening, on April 25, 1921, that Prince Albert I gave his speech in English, “Studies of the Ocean”, to the members of the Academy. During this trip, he was awarded the Agassiz Medal, in honour of his important contribution to oceanography.

Nicknamed “Prince of the Seas” because of his abysmal love for the oceans, he initiated some of the most important oceanographic campaigns of his time (see The Career of a Navigator). On the death of his father in 1889, he became Prince of Monaco and, in parallel with his expeditions, undertook profound reforms on the political, economic and social levels. A modern democrat, he gave the Principality a constitution, which made him extremely popular with the Monegasque people.

“Oceanography still has the duty of pointing out the danger caused in all countries by the abuse of the resources of the sea, whether poorly regulated or poorly supervised. This is perhaps its best claim to the solicitude of all. – Albert I of Monaco, Bulletin de la Société de géographie commerciale de Bordeaux, n°13-14 (7-21 July 1902), 1902. 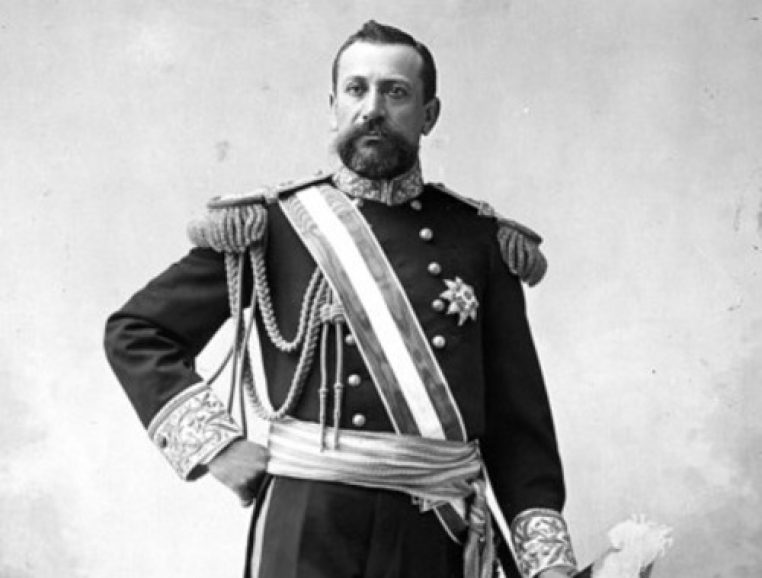 A temple entirely
dedicated to the sea

In contact with Professor Milne-Edwards, then director of the Museum of Natural History in Paris, Prince Albert I developed the project of creating a temple entirely dedicated to the sea. The aim is to showcase the collections he has assembled over the years. On March 25, 1910, the inauguration of the Oceanographic Museum in Monaco was celebrated, followed on January 23, 1911, by the inauguration of the Oceanographic Institute (which has since become the “Maison des Océans”) in Paris.

« And I have founded the Oceanographic Institute where scientists from all nations can work together. The laboratories with the Museum are in Monaco in a palace worthy of intellectual humanity; the centre of diffusion necessary for this new culture is in Paris in the university world ». (Speech by Prince Albert I to the Royal Geographical Society of Madrid, 1912)

Deeply humanistic, Prince Albert I also distinguished himself by founding an International Institute of Peace, whose ideas and principles proved to be visionary even before the creation of the League of Nations or the UN. A lover of justice, he campaigned alongside Zola and Clémenceau for a review of Captain Dreyfus’s trial and even invited him, in an open letter published in the press, to come and rest at his château in Marchais once reparation had been obtained. A beneficent prince and erudite Sovereign, Albert I of Monaco died on June 26, 1922, in universal respect.

The history of Albert I: a synopsis by Mrs. Carpine-Lancre

Discover one of Jacqueline Carpine-Lancre’s works on the story of Albert Honoré Charles Grimaldi and his strong attraction to the marine world.